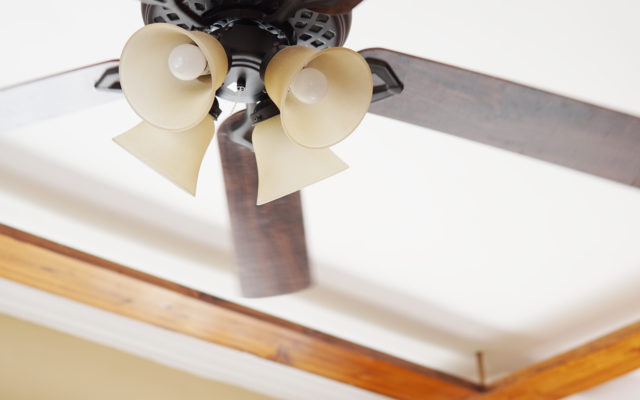 About 70,000 Harbor Breeze ‘Santa Ana’ ceiling fans are recalled. Specifically, model LP8294LBN, UPC code 840506599178 is of concern. The model number can be on the fan motor as well as on the inside of the battery compartment cover of the included handheld remote control. There is the possibility the BLADES can BREAK OFF. (The fan image on this post is ONLY FOR THE POST. It IS NOT the fan!) Even if a recently purchased Harbor Breeze ‘Santa Ana’ model ceiling fan is of concern, check the numbers noted in this post. The U.S. Consumer Product Safety Department records 210 incidents of the blades breaking off the fan hub resulting in at least ten injuries reported. Contact the manufacturer, or contact the company from which it was bought to get information about replacement parts. There is particular concern about fans purchased at Lowe’s from May 2014 to January 2016. Directly contact the manufacturer: Fanim Industries at 888-434-3797 from 8 a.m. to 5 p.m. EST Monday through Friday.